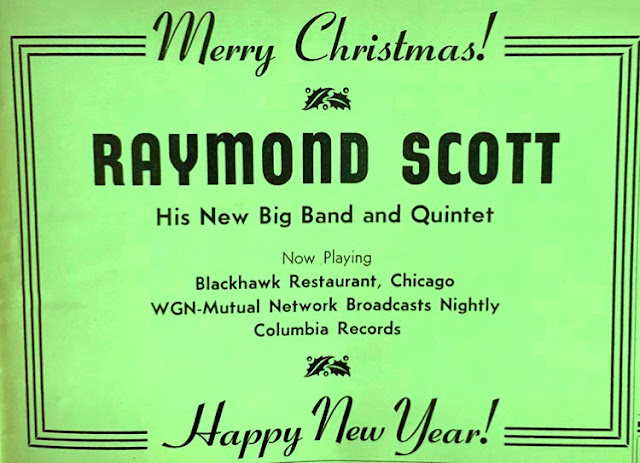 Posted by Jeff Winner at 7:20 PM No comments:

From Bugs Bunny, to Ren & Stimpy, and The Simpsons, Raymond Scott's music has a long history with animation. But now the Nickelodeon TV show 'Harvey Beaks' will be the first series to utilize the electronic music of Raymond Scott. Composer Ego Plum, who scores 'Harvey Beaks', has just completed "Missing Harvey," featuring Scott's mid-1960s title, "In The Hall Of The Mountain Queen." The vintage recording is heard, and the tune recurs throughout the new episode with original stylistic rearrangements conjured by Plum. "Missing Harvey" premiers on December 27th, 2017, at 8:30 PM on Nicktoons.

Ego Plum preformed a live version of "In The Hall Of The Mountain Queen" at the Redcat theater in Walt Disney Concert Hall — a show we plan to stage again in September of 2018 to celebrate Raymond Scott's 110th Birthday — stay 'tooned.

We have small quantities of the much-celebrated and beautifully-designed deluxe vinyl figurine and CD set made by Presspop in Japan for only $39. (+ shipping). They are brand-new. The limited-edition package features a miniature replica of Raymond Scott's patented 1950s keyboard synthesizer, The Clavivox, and a CD featuring rare tracks from the Scott Archives, produced and compiled by Jeff Winner (me). 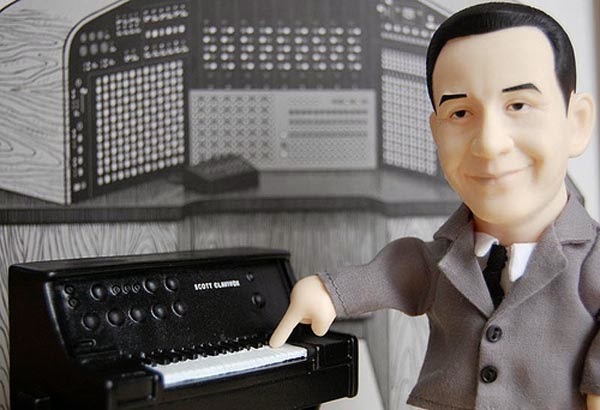 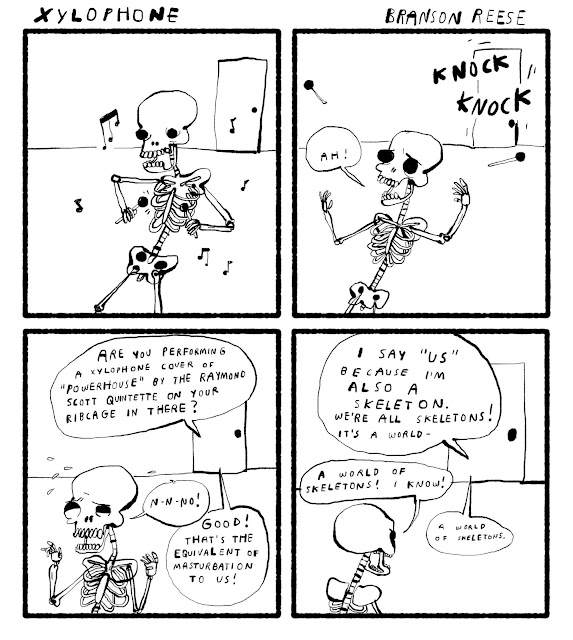 Posted by Irwin Chusid at 6:26 PM No comments: