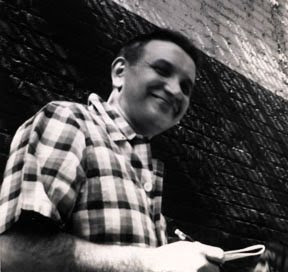 
Adam O'Callaghan, who masterminded the March 2008 multi-disclipinary Scott tribute concert at Concordia University, has posted some footage on YouTube of his sextet at the Montreal Jazz Fest. You'll find their July 5 performances of "Powerhouse" and "Twilight in Turkey."

And: Ensemble du Carré Saint-Louis (featuring Adam's dad on flute) in concert with Shen Qi on July 8, 2008 in Dorion Quebec performing a chamber-like rendition of "Powerhouse."
Posted by Irwin Chusid at 10:32 AM No comments: 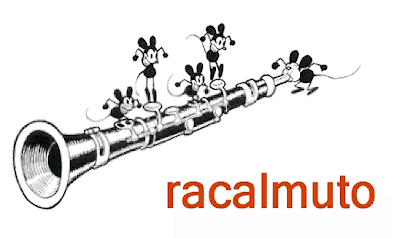 The Madrid-based Racalmuto sextet has been performing and recording finely crafted renditions of Raymond Scott tunes for the past few years. Their new project, RacalmutoFilms, presents an hour and a quarter of music and cinema, with animation, short subjects, and fragments of legendary silents such as Buster Keaton's Steamboat Bill Jr. and Yakov Protazanov's Aelita (the first Russian science fiction film). Over these images Racalmuto performs works by the Raymond Scott Quintette, the John Kirby Sextet, and originals.

A five-minute trailer (in Spanish with English subtitles) has been posted at Vimeo. It includes excerpts of Racalmuto's takes on Scott's "Snake Woman" and "The Penguin."
Posted by Irwin Chusid at 11:53 PM 1 comment:

This Time With Strings 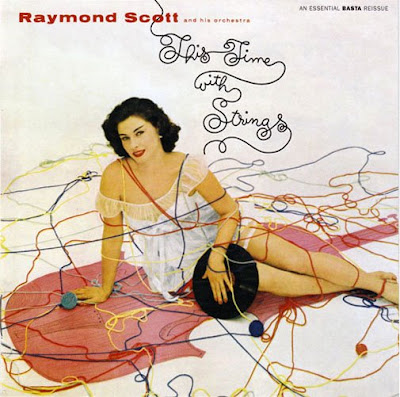 In 1957, Scott was in the final season of swinging a baton on TV's long-running Your Hit Parade. That year, he recorded an LP entitled THIS TIME WITH STRINGS in which he musically re-invented eleven older compositions for full orchestra and velvety violins. The album has just been released on CD as part of Basta's Essential Reissue Series.

Many of these tunes were originally recorded by Scott's novelty jazz six-man Quintette in the late 1930s; others date from the 1940s and '50s. All get a lush makeover on THIS TIME WITH STRINGS, including RSQ favorites "Powerhouse," "The Toy Trumpet," and "Twilight in Turkey," retooled for expanded setting.

"There are many of the old Quintette things in this LP," said the composer in the original liner notes. "Also some older things for dance band, material written for Broadway and the screen, and some of my more recent writing. Indeed, a potpourri given Hi-Fidelity dressing, and a certain vividness in string treatment."

The album was recorded in glorious monophonic sound, which is retained on CD. So is the cheesecake cover (above). TTWS is available as an import from Forced Exposure, and individual tracks can be downloaded at the iTunes Store. It will be released in the U.S. in early 2009.
Posted by Irwin Chusid at 9:32 AM No comments: