Raymond Scott composed an electronic commercial jingle for Lightworks cosmetics in the 1960s. Vocal and instrumental versions are featured on the two-CD set Manhattan Research, Inc. (MRI). The Lightworks line was produced by Helena Rubinstein, and included blush, eye shadow, lipstick, and lotions.

The Nashville-based trio Venus Hum recorded a note-perfect cover in 2003. You can download a free mp3 here.

There is some uncertainty about the origins of the Scott jingle. Untitled instrumental versions were discovered by MRI researchers/producers Gert-Jan Blom and Jeff Winner on an analog tape reel dated "1960-63." They also discovered, on another reel, an undated "Lightworks" vocal version. At the time, the singer was presumed (by me) to be Scott's then-wife Dorothy Collins, and was so noted in MRI's liner notes. However, RS and DC's daughter Deb later said the voice was not her mother's. 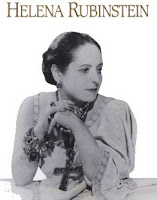 The Lightworks product line launched around 1967. Winner speculates that Scott adapted an early 1960s instrumental recording for the jingle.

"Some Scott commercials from this period were edited from raw, longer, sometimes rambling 'work-tapes' he'd made years before," Winner recently explained. "It's likely he composed and recorded these 'Lightworks' prototype instrumentals—including versions at different tempos—in the 1960-'63 period. Assuming he got the cosmetics gig later, he may have reached back for inspiration from himself. 'Lightworks' isn't unique in this sense. We included several other examples of this derivative process on the MRI cds. Scott often recycled material. All artists do."

The identity of the vocalist remains a mystery.
Posted by Irwin Chusid at 8:41 PM 8 comments: 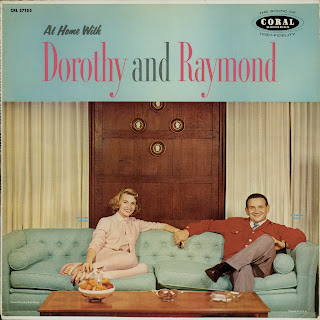 In this 1957 photo, for an album on which they are musically paired, husband and wife sit comfortably, holding hands—at arm's length. In the foreground, she gets the fruit, he gets the ashtray.
Posted by Irwin Chusid at 1:16 PM No comments: