Gotye: State of the Art 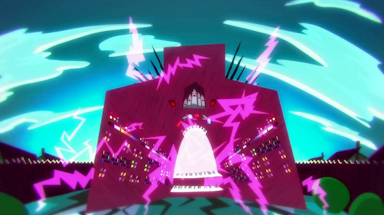 Earlier this year we noted that Australian-based international pop star Gotye, with his multi-platinum album Making Mirrors, had (indirectly) put Raymond Scott back at the top of the charts. Scott's voice (from the Manhattan Research, Inc. 2-cd set) is sampled in the album track "State of the Art." We hadn't gotten around to posting the official video for the song, and herein rectify our oversight. Unfortunately, Scott's voice was omitted from the video soundtrack, but it's still a great recording, set to eye-popping animation by Greg Sharp and Ivan Dixon of Rubber House. 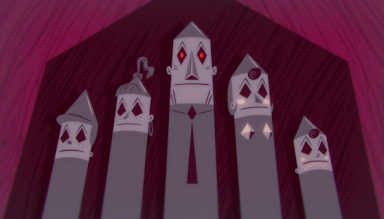 Posted by Irwin Chusid at 1:17 PM No comments: 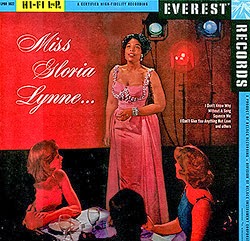 Singer Gloria Lynne was discovered in 1958 by Raymond Scott, who signed her to her first recording contract that same year. Scott produced her debut album, Miss Gloria Lynne, for Everest Records, a label for which he briefly served as A&R director. The musicians on Lynne's album were many of the same session aces from Scott's Secret 7 project.

Lynne died of heart failure at age 83 on October 8. An obit in the October 18 New York Times describes the rough times she faced when her career went into decline. She had one major hit, "I Wish You Love," in 1964, and it became her signature tune. (Scott produced only her debut album.)

In the Miss Gloria Lynne liner notes by jazz scholar Nat Hentoff, Scott was quoted on the magnitude of her talent and strengths:


"Overall, she has a sincerity and power. She's been based in gospel music and she also has a jazz talent, and this is the first chance she's had to sing with a swinging group. As for her vocal resources, she's at a stage at her beginning that most people don't reach until the middle or end of their careers. She's extremely warm and she can tell a story. She's young and fresh and should have a remarkable future."

QUESTLOVE & others present live concerts titled "ELECTRONIUM: The Future Was Then" 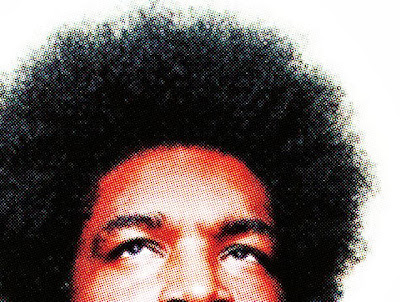 Ahmir “QUESTLOVE” Thompson (THE ROOTS) returns to the Brooklyn Academy of Music with an all-star mash-up that celebrates pioneering works of electronic music. From the press release:


The production’s title references the first electronic synthesizer created exclusively for the composition and performance of music. Created by composer-technologist Raymond Scott, the Electronium was designed but never released for distribution; the one remaining machine is undergoing restoration. Complemented by interactive lighting and aural mash-ups, the music of Electronium: The Future Was Then honors the legacy of The Electronium in a production that celebrates both digital and live music interplay. 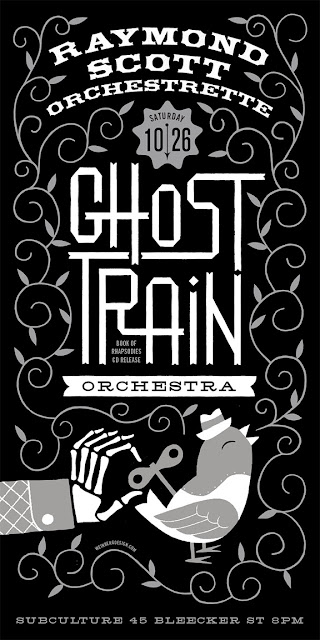 Illustration/design by James Weinberg
Posted by Irwin Chusid at 12:43 AM No comments: