The School of Diversionary Nomenclature 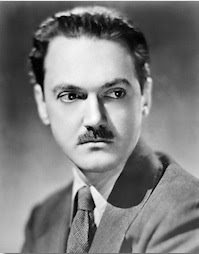 Uncle Dave Lewis alerts us to this excerpt from a 1964 interview with composer Alec Wilder (1907-1980). Lewis points out that it "includes a mention of RS, not to mention a snappy piece that could almost pass for something by RS."

The work, "Jack, This is My Husband," was recorded by Wilder's Octet. Besides musical parallels, Wilder shared Scott's penchant for idiosyncratic instrumental titles (discussed in the interview excerpt). His compositions include "The Amorous Poltergeist," "Her Old Man Was Suspicious," and "Neurotic Goldfish." He was also not above titular puns, such as "Bassooner or Later" and "Little White Samba."
Posted by Irwin Chusid at 1:38 PM 3 comments:

PART TWO: The Case of the Multiple Raymond Scotts

Raymond Scott had a wild imagination, yet the man born Harry Warnow chose a banal pseudonym. A Google search reveals plenty of Raymond Scotts who are not our Raymond Scott. Here's part two of a continuing series (intro & part one here):
Raymond Scott: THE POP SINGER 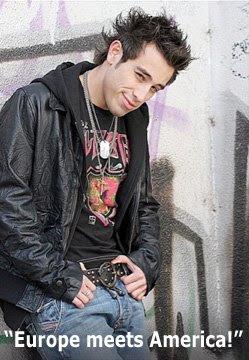 "This fresh, multi-talented dreamboy is the next international singing and performing sensation," according to this Raymond Scott's MySpace. You're probably assuming young Ray is just another vapid, prefab ATM for the music industry, but don't be cynical: "This sunnyboy with the golden voice is not a quick manufactured Popstar product, but a well-defined, versatile artist dedicating himself to music projects that speak to his fans." One project indicates boy Ray has something in common with man Ray: both were world-music pioneers. The kid's upcoming "hit single 'Black Widow' is a freshy new tune, combining a trendy blend of Scandinavian pop sounds with a strong American black beat. He calls it Europe meets America!" Check out more photos of dreamboy.
Posted by Jeff Winner at 7:23 PM 2 comments: 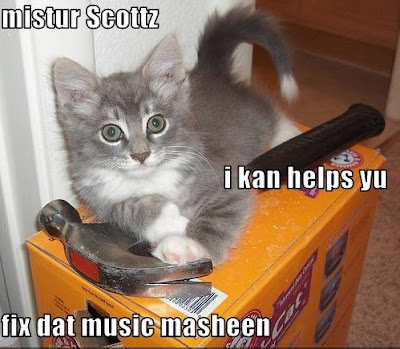 PART ONE: The Case of the Multiple Raymond Scotts 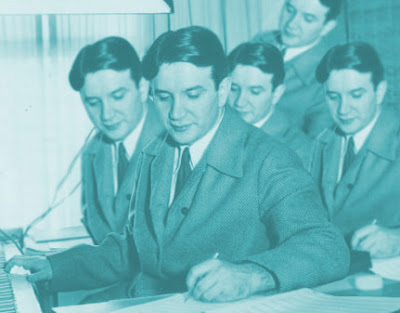 There were several Raymond Scotts. In 1991 Irwin Chusid and Will Friedwald re-introduced Scott as "THE MAN WHO MADE CARTOONS SWING" with a CD of his famous 1930s 'jazz.' Eight years later Gert-Jan Blom and I produced the MANHATTAN RESEARCH INC. book & CD set to reveal another Raymond Scott — the electronic music pioneer and inventor. And there were others: the Broadway composer, the TV star, and the Motown tech-wiz.

Scott had a wild imagination, yet the man born Harry Warnow chose a rather banal pseudonym. A Google search reveals plenty of Raymond Scotts who are not our Raymond Scott. Here's part one of a continuing series: 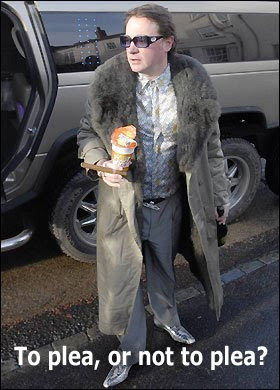 This Raymond Scott has been getting lots of press lately. Reportedly, he's an "eccentric playboy" who lives with his mother in England. He's also a book dealer who is accused of stealing a first edition Shakespeare, printed in 1623, that could be worth millions. Following a world-wide manhunt conducted by the FBI, he was arrested in June of 2008 for the alleged theft. Following a court hearing on February 10th, the flamboyant Mr. Scott, who denies the charges, told reporters, "Like Hamlet, Prince of Denmark, I have had to suffer not only the whips and scorns of time but also the law’s delay." The self-described dilettante is currently out on bail, awaiting a trial scheduled for late-August of this year. He faces a total of ten charges; three counts of theft, three of handling stolen goods, and four additional counts relating to crimes of fashion. I'll keep you posted. Meanwhile, check this: video news report. 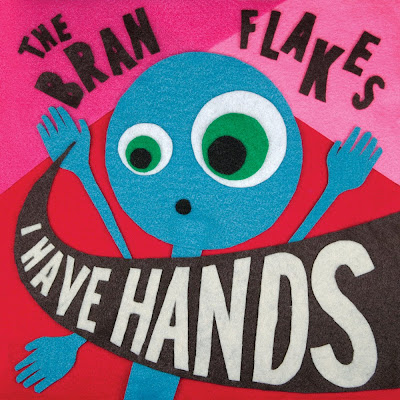 The Bran Flakes are a couple of sample-happy plunderphonic pirates who throw forgotten '50s kiddie vinyl, Bachelor Pad bridges, mariachi LPs, and homemade electrobeats into the audio blender and hit "puree." Their slice'n'dice sonics come out sounding like a Saturday morning TV soundtrack for today's juvenile genius-nerds destined to shape the technology of 2029.

TBF's new CD, I Have Hands (Illegal Art), is laced with RIAA-baiting sonic re-appropriation. However, it contains at least two works they were granted permission to re-invent: Raymond Scott's electronic "In the Hall of the Mountain Queen" and "Melon Ball Bounce" (from Manhattan Research Inc.), out of which the Flakes fashioned a track entitled "Mini Mountain Queen." Give a listen.
Posted by Irwin Chusid at 8:58 PM No comments: