We offer a free pdf of Raymond Scott charts (which are available in pdf format for token sums). Recently, while scanning new additions to our inventory—which contains arrangements for solo piano, sextet, dance band, accordion, and some miscellaneous instruments and configurations—we discovered three identical solo piano arrangements of Scott's 1937 "Twilight in Turkey" with different covers. Herewith the scans (slightly restored) of published versions from (respectively) Australia, the UK, and the US: 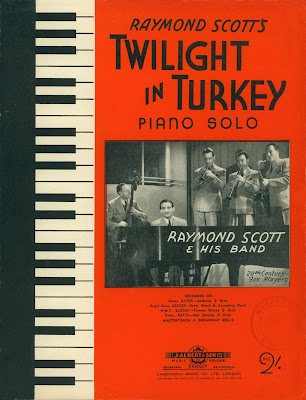 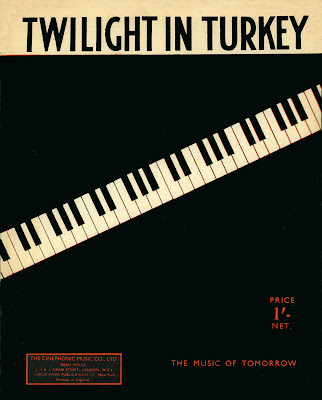 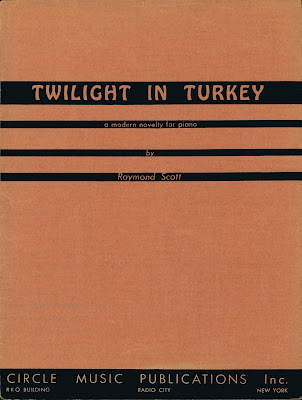 We've got most of your Scott favorites—"Powerhouse," "In an Eighteenth Century Drawing Room," "The Penguin," "War Dance for Wooden Indians," "Siberian Sleigh Ride," etc.—as well as more obscure Scott titles, such as "Dead End Blues," "Tenor Man's Headache," "Circle Themes," "Kodachrome," and "Coming Down to Earth." We even have a computer printout of Scott's last known composition, "Beautiful Little Butterfly," which he composed using MIDI software in 1987 shortly before a debilitating stroke.
Posted by Irwin Chusid at 12:41 AM 1 comment: Links to this post

THE ONION Gets Serious 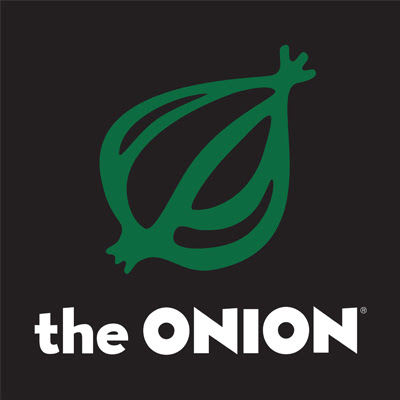 The hilarious news satire organization, THE ONION, got serious recently when they reviewed the new Raymond Scott documentary film, DECONSTRUCTING DAD, in their non-satirical entertainment section, The A.V.Club:

"Given his ubiquitous-yet-anonymous presence in everything from Warner Bros. cartoons to the experimental works of Jim Henson to the hip-hop instrumentals of J Dilla, the late Harry Warnow chose an appropriately nondescript pseudonym for his adventures on the cutting edge of music and technology: Raymond Scott. An enigma wrapped in a mystery wrapped in a lineage of fantastical electronic gadgets, Warnow isn’t a fascinating figure to tech heads and crate diggers alone — to this day, he continues to mystify even his own son, veteran film editor Stan Warnow. Through interviews with the likes of Mark Mothersbaugh, John Williams, and Moog synthesizer pioneer Herb Deutch — as well as his own family members — the younger Warnow pieces together a portrait of an artist neither he nor his father’s fans fully understand."

Posted by Jeff Winner at 1:48 AM 3 comments: Links to this post 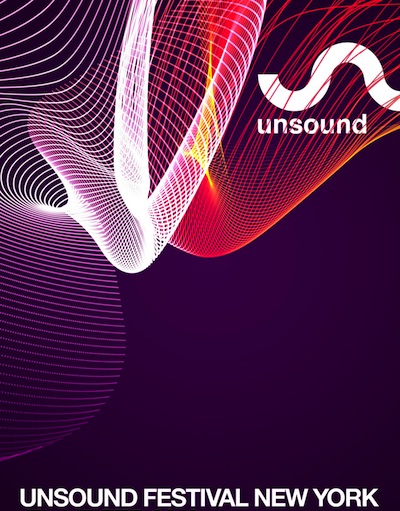 
THE NEW YORK TIMES said the festival "claims a shrewdly amorphous domain: a zone in a virtual Europe where electronics, arty, multimedia experiments, chamber-music meticulousness, punk impulses and DJ dance beats may all appear amid clouds of noise. This festival’s aesthetic: high-tech, allusive and not to be pinned down.”

URB magazine described Unsound as "scene-shifting" and declared that the festival instantly "cemented its status as one of the most important cultural festivities in New York City." 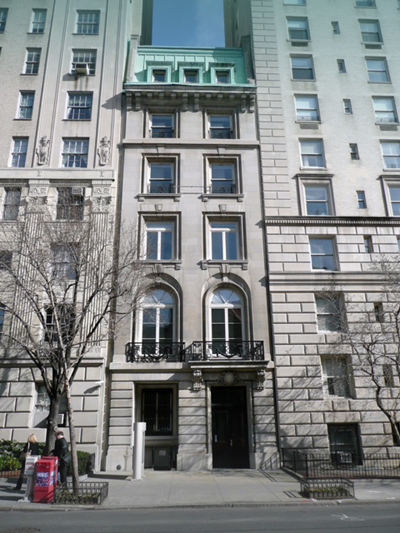 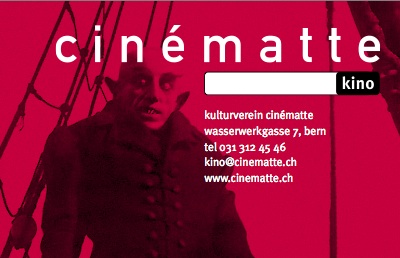 The Cinématte music cinema in Berne, Switzerland, will host a screening of the new Raymond Scott documentary, DECONSTRUCTING DAD, this Thursday, March 24th at 9:00 PM. The film series is programmed by the "Song & Dance Men." Details: here 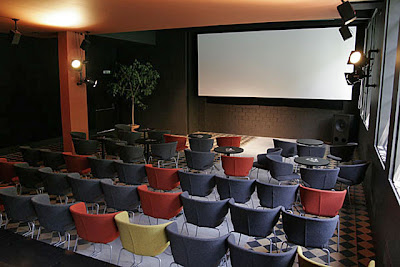 Posted by Jeff Winner at 1:04 PM No comments: Links to this post 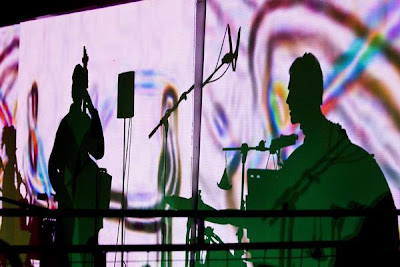 "MAD MARCH: Six new works in two weeks, with a shot of ZAPPA, PIAZZOLLA, BRYARS, and RAYMOND SCOTT to help it all go down." 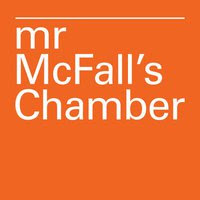 Described by The Herald as ‘the most important single development on the Scottish music scene,’ Mr McFall’s Chamber are joined in these programs by renowned clarinettist Maximiliano Martín, and jazz musicians Paul Harrison (piano) and Stuart Brown (drums). The concerts features two world premieres from two of the UK’s best-loved jazz composers Tim Garland (Chick Corea band) and Martin Kershaw (Trianglehead, Martin Kershaw Quartet), alongside numbers by ASTOR PIAZZOLLA, RAYMOND SCOTT and others.

Described recently in the Scotsman as ‘the jewel in the Scottish musical crown,’ Mr McFall’s Chamber are musical adventurers, traversing from a base camp in classical music into tango, progressive rock, traditional music, electronics and, on these occasions, jazz. These events brings together the distinct worlds of the string quartet and jazz trio (piano, drums, bass) with clarinet thrown in – an instrument which sits happily in either sound world. Two shows:

Posted by Jeff Winner at 11:56 AM No comments: Links to this post 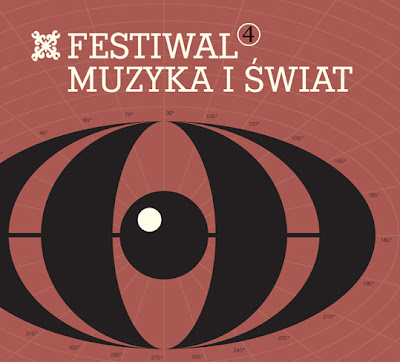 The new Raymond Scott documentary film, DECONSTRUCTING DAD, will be shown during the Muzyka i Świat Documentary Film Festival in Krakow on Saturday, March 26th, at the Manggha Museum concert hall. Details: here. The following night at 8 pm is "Ektoplazma," a live musical tribute to Raymond Scott. More info: here

"Music and World" Documentary Film Festival is an international and multicultural event which takes place in Krakow. The main goal of our festival is to promote global and local soundscapes, support better understanding of various kinds of cultures and their traditional (and non-traditional) music through documentary films, live acts, and workshops. 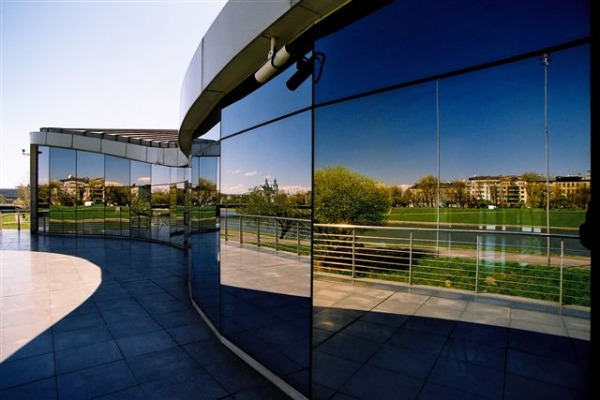 Posted by Jeff Winner at 1:51 PM No comments: Links to this post 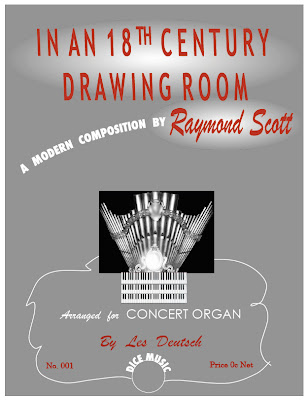 I have completed a second concert organ arrangement of a Raymond Scott title—"In an 18th Century Drawing Room." (I previously arranged "Powerhouse.") The setting is almost note-for-note accurate to the original Scott recording, including the use of an "organ harp," which is essentially a celesta keyed from the organ console. The organ in my recording is my latest virtual pipe organ design, the "Model 945." The organ is available free to those who already own the Hauptwerk virtual organ software, which is popular in many countries. The arrangement of 18CDR is also available for free to any organist with enough nerve to try it. It is not easy. Both the recording and the sheet music can be found on my web site.

Posted by Irwin Chusid at 3:08 AM No comments: Links to this post 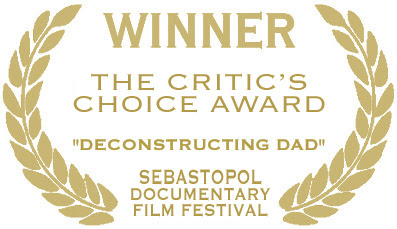 The LA WEEKLY has published a new review of the Raymond Scott documentary film, DECONSTRUCTING DAD. An excerpt:

"We know about the works of great artists like da Vinci, but rarely do we hear how their artistic triumphs affected their own families. A poignant, compelling attempt by a son to understand the father." Read more: here

The film also won another award this week: "The Critic's Choice Award" from the Sebastopol Documentary Film Festival, where the film will be screened this Saturday night. Details: here

Posted by Jeff Winner at 11:31 AM No comments: Links to this post 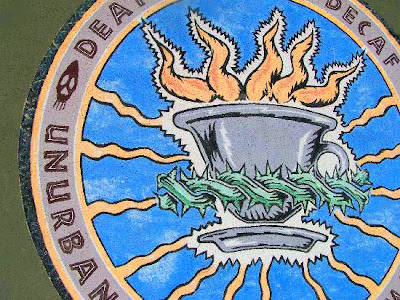 The new Raymond Scott documentary, DECONSTRUCTING DAD, will be screened on March 14th at 8pm, as part of the "Documental" Film Series at UnUrban in Santa Monica, California. An interview with director Stan Warnow is planned for 6pm.

The doc will be screened again, the same week, on Saturday, March 19th at 7pm, as part of the Sebastopol Documentary Film Festival in the San Francisco Bay Area. Director Stan Warnow will attend to conduct a Q&A, and sponsors include Comcast, PBS, Whole Foods, and NPR.

UPDATE #1 — Award Finalists have been announced — DECONSTRUCTING DAD is one of 5 finalists (58 were considered).

UPDATE #2 — DECONSTRUCTING DAD won "The Critic's Award" (one other was given: the "Juried Award" for GOODNIGHT NOBODY).


"This fest is making a big splash in the town that Tom Waits, Les Claypool, and Peter Krause call home. Sebastopol is a progressive, artist friendly community that supports our documentary festival with incredible turn-outs and engaged audiences. Our festival was chosen by MovieMaker Magazine as one of the '25 Coolest Film Festivals,' an honor we intend to uphold this year." 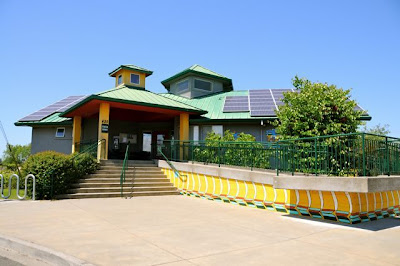 Posted by Jeff Winner at 6:12 PM No comments: 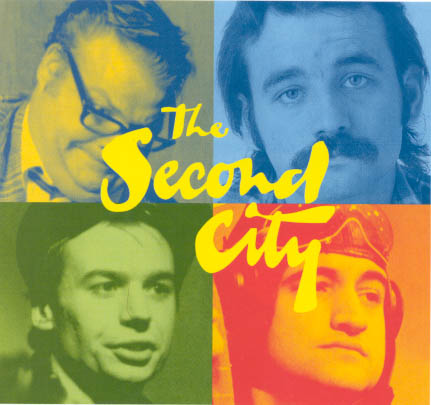 The Second City, the legendary improvisational comedy enterprise that launched the careers of Joan Rivers, Bill Murry, Mike Myers, Steve Carell, and Stephen Colbert, is staging a new show with a nod to Raymond Scott's groundbreaking 3-volume SOOTHING SOUNDS FOR BABY album series. Creator Robert Carter explains: "We realized that 'Soothing Sounds for Baby' fit as the title of the show and as a subtle tribute to Raymond Scott for those who recognized it. We do use the title ironically, however, since the tone is what could be described as cartoonishly dark. Although the show isn't directly a tribute to him, we do give Mr. Scott a tip of the hat; using a snippet from 'Tempo Block' in one of our scenes." Details & tickets: here 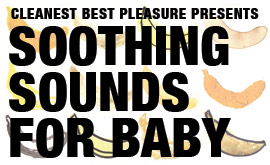 Posted by Jeff Winner at 7:14 PM No comments: Links to this post