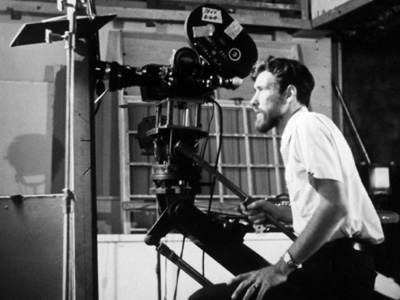 More than a decade ago, before I began to work with Gert-Jan Blom on the book and 2-CD set, "MANHATTAN RESEARCH INC.," few details had emerged about Jim Henson's collaborations with Raymond Scott. We now know that in the mid-1960s, Scott began creating a series of experimental films with Henson, who was an emerging artist. He would later have success with Sesame Street, The Muppet Show, and Hollywood movies, but the Henson/Scott projects were not intended for children. Instead the films are often serious, even creepy, and although they are nearly a half-century old, they have a surprisingly modern feel.

Despite the 28-year difference in age, Raymond clicked with the Muppet master, and here you can watch five examples of their creative output: 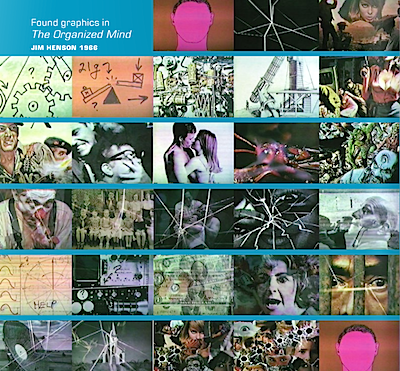 Their first project was an ambitious puppetry/film combination titled, "LIMBO: THE ORGANIZED MIND." Henson was intrigued by thought processes and idea sources, and wanted to visualize these concepts. "Limbo" is a character he created using eyes and mouth, made from foam rubber, that seemed to float in front of images that evoke the mind's inner-workings. Henson narrates Limbo's thoughts while Raymond Scott's electronic music and sound effects articulate how and where his thoughts are filed. "THE ORGANIZED MIND" was performed on television at least twice; in July of 1966 on The Mike Douglas Show, and again on The Tonight Show with Johnny Carson in 1974. • Watch "LIMBO: THE ORGANIZED MIND" >> here

The "Organized Mind" concept was later reworked into a TV commercial for Bufferin® brand pain-reliever, titled "Memories," which was also scored by Scott. • Watch "MEMORIES" >> here 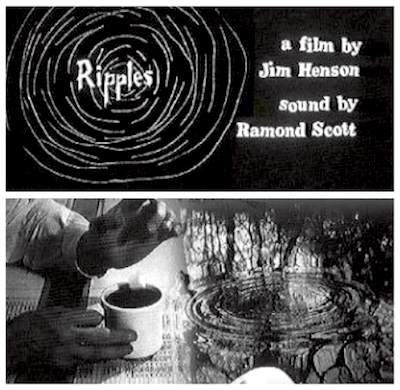 In 1966-'67, Jim created two short films for a contest at Montreal's Expo 67. One of these was "Ripples." Shot on 16mm film, it explored the process of creative inspiration, and was accompanied by an electronic score created by Raymond Scott. Shot in January of 1967, it featured an architect, played by future Sesame Street colleague Jon Stone, tossing pebbles into water making ripples. • Watch "RIPPLES" >> here 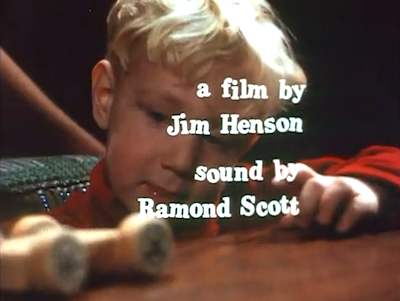 Also created for Expo 67,"Wheels That Go" is a short film made by Jim Henson in 1967 that explored motion and movement and was again accompanied by an electronic score created by Raymond Scott. It features Henson's son Brian playing with things with wheels. • Watch "WHEELS THAT GO" >> here 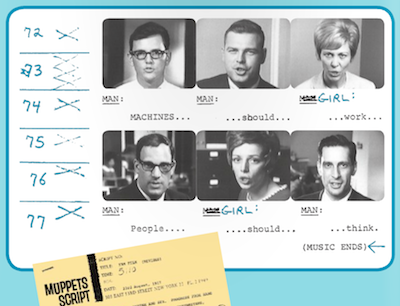 In 1967, Henson was contracted by IBM to make a film extolling the virtues of their new technology, the MT/ST, a primitive word processor. The film would explore how the MT/ST would help control the massive amount of documents generated by a typical business office. "Paperwork Explosion," produced in October 1967, is a quick-cut montage of images and words illustrating the intensity and pace of modern business. Once again, Henson collaborated with Raymond Scott on the electronic sound track. • Watch "THE PAPERWORK EXPLOSION" >> here

NOTE: The now iconic color photos, such as the one used in the header of this blog, were taken by Jim Henson during a visit to Raymond Scott's New York studios.
Posted by Jeff Winner at 12:26 PM 1 comment: 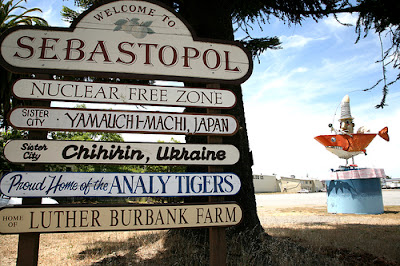 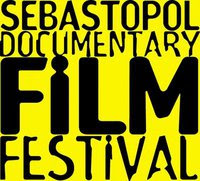 The Sebastopol Documentary Film Festival returns with 2011's "Best of the Fest" film series, screening six of their favorite films from this year's program. DECONSTRUCTING DAD, the new award-winning Raymond Scott documentary film, is the latest at Sebastopol Center for the Arts. It won the 2011 Critics Award, and it will be on the big screen at 7 p.m. On Friday, October 7th at the center, which is at 6780 Depot St. The cost is $10. Sponsors include: Comcast, PBS, Whole Foods, and NPR.

"This fest is making a big splash in the town that Tom Waits, Les Claypool, and Peter Krause call home. Sebastopol is a progressive, artist friendly community that supports our documentary festival with incredible turn-outs and engaged audiences. Our festival was chosen by MovieMaker Magazine as one of the '25 Coolest Film Festivals,' an honor we intend to uphold this year." 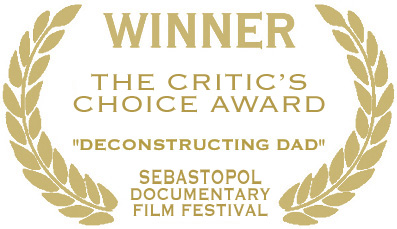 Posted by Jeff Winner at 9:22 PM No comments: 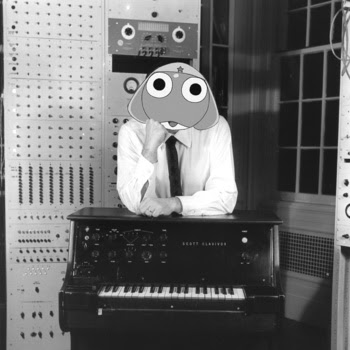 "Thank you - Stan Warnow, Irwin Chusid, Jeff Winner. Source material used with kind permission of the Raymond Scott estate. Mastered by Matt Colton at AIR STUDIOS, London. NOTE - This beat tape is intended to be listened to on shuffle/make your own track listing." • UPDATE — Watch the new video: here

Red Bull Music Academy Daily News adds: "Samurai-style London Academy grad Kidkanevil just released a tribute beat-tape comprised in it's entirety from the music of Raymond Scott. An audacious feat no less, but the results are incredible: the thing goes hard. And in case you're worried, the tape is 100% cleared by the Scott estate so you can rest easily knowing no bad karmic repercussions are in store. Btw, we're on our third listen right now, and it keeps getting better."

Posted by Jeff Winner at 1:53 PM No comments:

ALL TOMORROW'S PARTIES presents:
"I'll Be Your Mirror" curated by PORTISHEAD 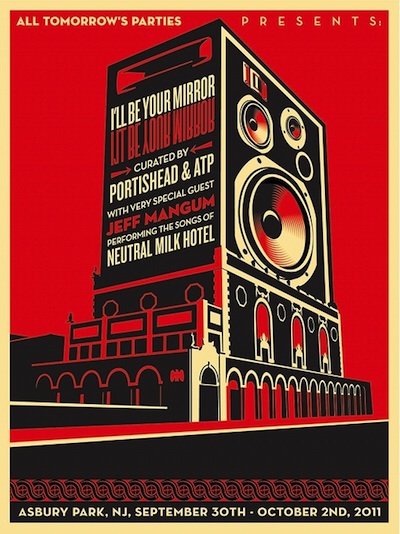 DECONSTRUCTING DAD, the new award-winning Raymond Scott documentary film, will be screened as part of All Tomorrow's Parties' music and film festival, "I'll Be Your Mirror," curated by PORTISHEAD. Date: October 2nd, at 11:30 am. Venue: the The Berkeley Oceanfront. Cinema sponsored by the Criterion Collection. Director Stan Warnow will attend, and musical acts include: 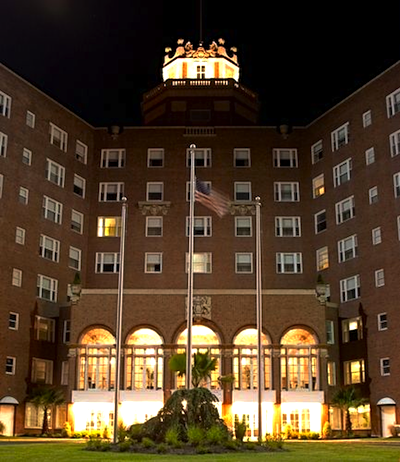 Posted by Jeff Winner at 1:31 PM No comments:

The mischief-makers responsible for "I Can Has Cheezburger?," "FAIL Blog," and other popular comedy sites, have published this on their VeryDemotivational.com: 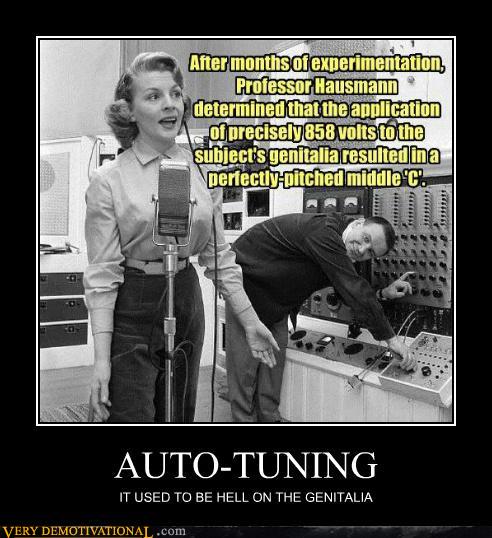 "They were married. Doesn’t that go with the territory?"

"I believe this Raymond Scott and he produced many of the beats off of loneytunes. Also if this is the track I Think he is doing it is light works, search it. Its a hell of a track."