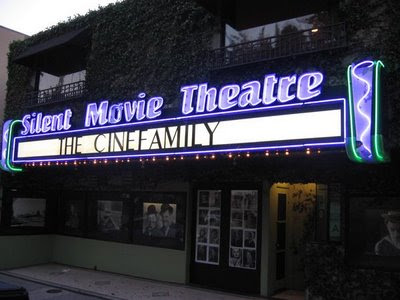 The new Raymond Scott documentary, DECONSTRUCTING DAD, will be screened on August 5 at the DON’T KNOCK THE ROCK film & music festival in Los Angeles. The fest was founded by director Allison Anders (Sex and the City), produced in association with Cinefamily, and the venue is the historic Silent Movie Theater on Fairfax Ave.


The screening will be followed by historian/author Jerry Beck's "Secret Animated History of Raymond Scott," a chronicle of Scott's work as adapted in Warner Bros.' Looney Tunes & Merrie Melodies, The Ren & Stimpy Show, Animaniacs, and The Simpsons.


Deconstructing Dad's director, Stan Warnow, will attend, Raymond Scott's widow, Mitzi also plans to be there, and guitarist Skip Heller will spin Scott tunes before and after the show.

Glasgow-based drummer Stu Brown formed his sextet in 2008 to celebrate the 100th anniversary of Raymond Scott’s birth, and the group has performed to sell-out crowds across the UK. Each of their shows opens with a specially-commissioned eight minute film by Scott’s son, Stan Warnow, featuring material from his new documentary DECONSTRUCTING DAD: The Music, Machines, & Mystery of Raymond Scott. As the film ends, Scott’s original recording fades and The Stu Brown Sextet takes over. The second half of the concert brings the music further forward with new arrangements and compositions by the band which explore the ground-breaking electronic aspects to Scott’s music-making. Details & tickets for this Manchester Jazz Festival performance: here

"Half the triumph is the way the Brown's sextet brings Scott's carefully written notes off the page with such zest and spontaneity -- the other half is that it’s just so damned enjoyable." —Rob Adams, JAZZWISE 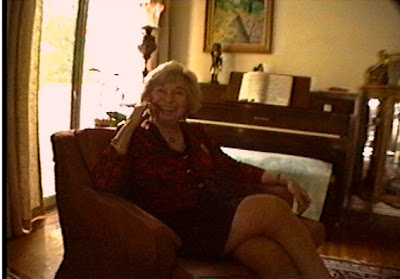 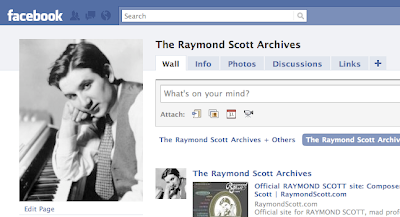 There's a Facebook page devoted to Raymond Scott, but we didn't create it (and won't link to it). We don't know who did, and all attempts to contact the admin have met with stony silence. Whoever launched it posted one lame status update in 2008 and nothing since. So we created the OFFICIAL Raymond Scott Archives page on Facebook. At some point ours will have more members than the bogus group and we'll be de facto rulers the internets. If you join our RS FB group now, in the future you will be allowed to continue using the web. Everyone else will be blocked by a China-sized firewall.
Posted by Irwin Chusid at 12:48 PM No comments:

Labels: Scott on the web 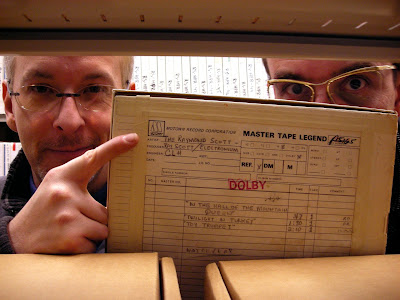 Irwin Chusid was quick with his camera when he captured this exciting moment during a research mission at the Marr Sound Archives in Kansas City. Peering through metal shelving in the stacks, Gert-Jan Blom (right) and I are thrilled to discover this Raymond Scott tape reel with the famous Motown logo:

The engineer ID'ed as "CLH" is Cal Harris, whose credits include The Beach Boys ("Good Vibrations" in 1966 at Gold Star studios), Marvin Gaye, Diana Ross, and The Commodores.
Posted by Jeff Winner at 8:39 AM 2 comments: