Movie Theater Screening of Documentary Film at the Hippodrome in Florida 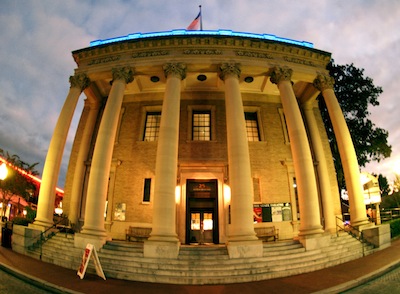 To celebrate the 75th anniversary of Raymond Scott's music, the documentary film, "DECONSTRUCTING DAD," will be screened on August 7th, at 7:15pm, at The Hippodrome Theater in Gainesville, Florida. After the film, a live Skype Talkback Q&A with Director and Scott’s son, Stan Warnow, and Co-Producer/Curator of the Raymond Scott Archives, Jeff E. Winner (me). Details here:

The Hippodrome, referred to by locals as "the Hipp", is a regional professional theatre located in the restored 1912 Federal Building, which is listed on the National Register of Historic Places. The Hipp screens first-run foreign, limited release and avant-garde films (over 700 per year). 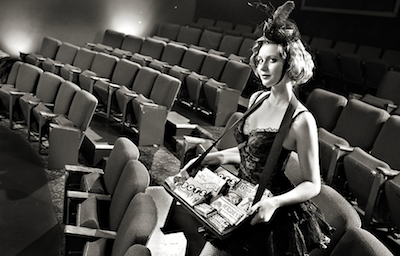 Posted by Jeff Winner at 5:23 PM No comments: 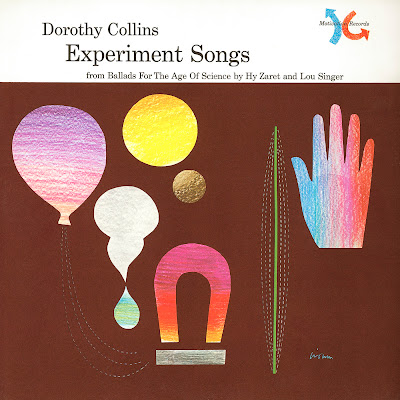 In 1961, veteran songwriters Hy Zaret and Lou Singer produced an entertaining and educational series of LPs entitled Ballads for the Age of Science. Marketed at curious youngsters, the songs explained nature, energy, motion, outer space, and weather in a variety of musical arrangements, delivered by folksingers Tom Glazer, Dottie Evans, and the husband-wife duo of Marais and Miranda.

One volume, Experiment Songs, was sung by Raymond Scott's then-wife, Dorothy Collins. In a warm, endearing voice, Collins sang about magnets, rainbows, planetary orbits, vibration, and minerals. To our ears, this is some of the most charming singing by Dorothy Collins ever captured on disc. She is accompanied by a small orchestra led by guitarist Tony Mottola (who formerly played with Raymond's big band).

The albums have long been out of print. However, earlier this year I came to an agreement with the late Hy Zaret's son Robert to reissue the series. Working with best-available source recordings, I digitally restored all six albums, which are now available at iTunes and elsewhere. We're hoping to reissue the series on vinyl at some point.

You can hear samples and purchase tracks (or the complete album) of Experiment Songs here.
Posted by Irwin Chusid at 1:12 PM No comments:

Today would have been Mitzi Scott's 94th birthday, and in her honor I've uploaded a superb mini-documentary — watch it here <<<

Warner Bros. produced the movie, MOLLY: AN AMERICAN GIRL ON THE HOME FRONT, as part of the American Girl series. Molly is a young aspiring dancer in a small midwestern town during World War II, who passionately wants to win the starring role of "Miss Victory" in her grade school's Christmas gala tap dance review. (Cast includes Molly Ringwald.) For the DVD, they searched for an entertainer from those years, and were lucky to find Mitzi, Raymond Scott's 3rd wife: "A compelling documentary featuring Mitzi Scott, an 88-year-old former USO dancer and hostess, relaying her personal history of dancing at home and with soldiers on leave, making something personal and dear to her — dance — into the ultimate patriotic act."

The 2nd part of this Vimeo video is an excerpt from the full-length documentary film, DECONSTRUCTING DAD, with Mitzi remembering her first date with — and marriage to — Raymond Scott. [DVD info: ScottDoc.com]

Both clips were screened at the reception following Mitzi's memorial service on June 22, 2012.
Posted by Jeff Winner at 7:05 PM No comments: