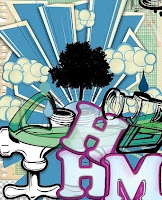 Director Stan Warnow, Raymond Scott's son, has an update about his documentary:

"Yes, the film is headed for another festival, the Hell’s Half Mile Film and Music Festival in Bay City, Michigan. If you are in the area I hope you can attend."

There will be two showings: Saturday, October 3rd at Delta College, 11 AM, & Sunday, October 4th at State Theatre, 3 PM. Details here.
Posted by Jeff Winner at 10:06 AM 2 comments: 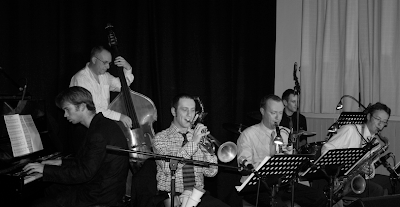 Stu Brown's six-piece Raymond Scott Project has a gig this Thursday in Glasgow, at the Europe Jazz Network Conference. If you're just coming on board, more info about Stu's barnstorming RSP here and here.
Posted by Irwin Chusid at 9:29 PM No comments: 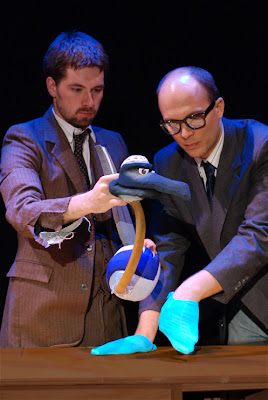 The New York Fringe Festival production Powerhouse, a freewheeling take on Raymond Scott's life and music, gets an extended life. Four additional performances will be staged Sept 19-21 as part of Fringe Encore, which features the best 19 (out of 200+) shows from the August festival. Ticket and venue details about the show are here. We blogged about the show on August 17, with rave reviews linked at the bottom. Here's another. 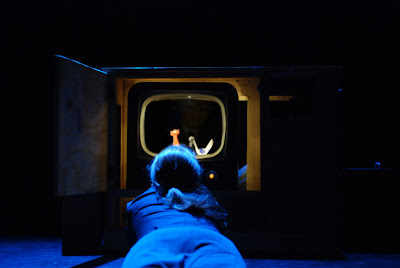 I hadn't seen the show at the time, and later attended one of the final performances of the limited run. The bravos are deserved. Powerhouse the musical, like its novelty namesake, doesn't have a dull moment. It's cleverly constructed and staged at a dizzying pace. For a production featuring real people (and two hand puppets), it might as well be animated. You'll learn a bit about Scott, and be hugely entertained in the process. If you consider yourself even a modest Scott authority, ignore the factual inaccuracies in the chronicle. I told writer Josh Luxenberg and director Jon Levin after the show that it was riddled with historical errors—and that I wouldn't change a word in the script. It's a Raymond Scott fantasia. The cast (six, each playing multiple roles) is charismatic, with physical gestures and facial expressions that match the pacing. At the Festival's closing ceremony, they received an award for "Outstanding Ensemble."

Raymond Scott's widow, Mitzi, is 91 and lives in Southern California. She will be flying to New York next weekend to attend the Sunday matinee, where she will behold herself portrayed onstage by the vivacious Clare McNulty. Twenty years ago, such an event would have seemed unlikely, if not unthinkable.
Posted by Irwin Chusid at 6:41 AM No comments:

Today is the 101st anniversary of Raymond Scott's birth. But before we eat cake & ice cream, let's review some basics for the kids who were late to class.

Q: Did Raymond Scott write music for cartoons?
A: No, but 20 of his compositions have been immortalized in countless classic animations, from BUGS BUNNY to THE SIMPSONS.

Q: Did BOB MOOG, the inventor of Moog Synthesizers, work for Raymond Scott?
A: Although Bob Moog was more than 25 years younger than Raymond, they were professional colleagues & friends for nearly two decades. Bob acknowledged Ray as an early influence during the 1950s & '60s. Details about Scott-Moog connections here.

Q: Did Raymond Scott work for MOTOWN?
A: During the 1950s & '60s, Scott perfected his 'Electronium,' an electronic music machine which attracted the attention of Motown owner Berry Gordy, who purchased an Electronium for Motown in September 1970. Scott then became Motown's Director of Electronic Research and Development for several years. Following a serious heart attack in 1977, Scott retired from Motown at age 69.

Q: I've heard that Raymond Scott worked with MUPPETS creator JIM HENSON. Fact or fiction?
A: Henson was more than a quarter-century younger than Scott when they met in the mid-1960s, and they collaborated on experimental art films, industrial reels, and TV projects. Many of the Scott-Henson collaborations are showcased in the 2-CD/144-page book package MANHATTAN RESEARCH INC.

OK, now it's time for the birthday party! On Sunday, August 28th, 1949 — newspapers across the globe published the following article & cartoon about Raymond Scott's “brain wave” music of the future:

CHICAGO, Aug. 27 - (AP) - Some day composers won't write music, and musicians won't play it — yet fans will enjoy it in never-before-heard perfection. The composer or artist will simply project it by brain waves — "thought transference," says Raymond Scott.

This man, who thinks in terms of electronics and music, thinks that is all quite possible. Scott said in an interview:

"Brains put out electrical waves. I wouldn't be at all surprised if some day it were possible to do away with lines in music, such as writing it out and playing the notes. You'll just be able to think it.

"Imagine fastening electrodes to your head, inviting some people to your home and then thinking your music. If you wanted 1000 violins you could have them – and if you wanted the bass fiddle to play piccolo parts, you could do that, too."

Scott says even recordings will carry, instead of musical sound, the brain waves of the composer. No arrangers, no rehearsals.

Scott is a New Yorker who has spent most of his adult life working on new developments in his two loves, music and electronics. He maintains a permanent electronics research laboratory in New York, while he composes music and directs his bands for radio shows and night club appearances. His musical theories have always been off-beat.

Raymond Scott's 1949 prediction that music would one day be generated by brain waves is becoming a reality. For example, musician & computer engineer James Fung organized an experimental concert at the University of Toronto for which music was generated by the brain waves of the audience via EEG devices suspended from the ceiling. This video clip explains Fung's work & includes footage of the performance. 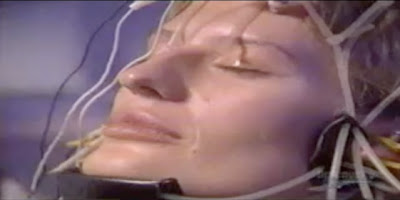