This weekend, on December 5th, at 2:00 pm, the West Point Band presents the "Hudson Valley Holiday" concert, with the New York Philharmonic Principal Brass Quintet. Raymond Scott compositions will be featured. This performance will take place at the Eisenhower Hall Theatre, on the West Point campus, New York, and is free and open to the public. Details: here — and watch new "Introducing QUINTETE 7" video: here

UPDATE — Band member Brian Broelmann adds: "The Quintette 7 will be starting at 2:00 in the lobby. The show with the NY Phil Brass Quintet will start at 3:00. Quintette 7 is kind of like the opening act, presenting some all new arrangements of holiday tunes as well as some Raymond Scott favorites. Don't miss it!"
Posted by Jeff Winner at 1:52 PM No comments: 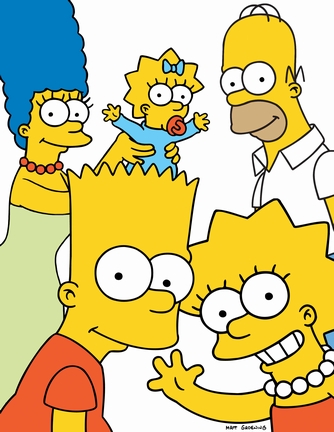 Last night's new episode of THE SIMPSONS, "The Fool Monty," was the fourth to feature Raymond Scott's 1937 hit, "Powerhouse" (in this case, twice: once during the show, and again under the closing credits). Not surprising — in a list of series creator Matt Groening's "100 Favorite Things," Scott's classic tune is #14, outranking Stanley Kubrick movies and David Letterman. For those keeping score at home, or Hulu-hunting, the previous episodes were, "And Maggie Makes Three" (1995), "Bart Has Two Mommies" (2006), and "Little Big Girl" (2007).
Posted by Jeff Winner at 11:18 AM No comments:

The first single, "Fighting Trousers," from Professor Elemental's new album, THE INDIFFERENCE ENGINE is a hip-hop track based on sample-loops from Raymond Scott's 1937 classic, "Twilight In Turkey." See the video: here

Join the Nottingham University Wind Orchestra and Brass Ensemble in an evening celebrating all aspects of the silver screen: "Epic Melodies and Looney Tunes." The epic melodies of JOHN WILLIAMS's moving "Hymn to the Fallen" (from SAVING PRIVATE RYAN) and Hans Zimmer’s stirring portrait of noble sacrifice in GLADIATOR are counterbalanced by the sublime lunacy of RAYMOND SCOTT's "The Toy Trumpet," and "Powerhouse" — the music which launched a thousand cartoons — and Paul Hart’s blistering soundtrack to an imaginary cartoon, dished up with enormous wit and panache. Also featured will be DANNY ELFMAN's theme from THE SIMPSONS. Details: here
Posted by Jeff Winner at 9:08 AM No comments:

Order from: Amazon.com
Posted by Jeff Winner at 12:39 PM No comments: 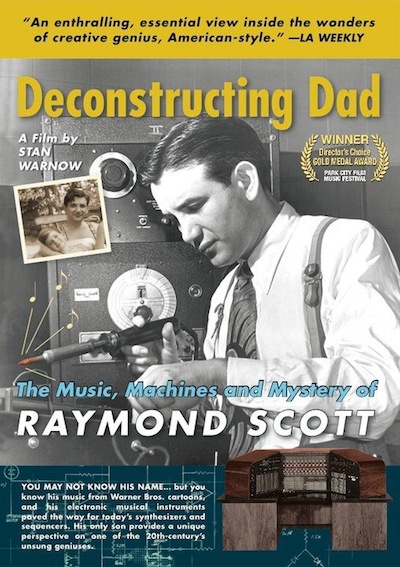 Stan Warnow, Director of the new Raymond Scott documentary film, DECONSTRUCTING DAD, is proud to announce a new DVD is now available to order. There are a substantial number of extra sequences on the disc, totaling approx. 20 minutes of bonus footage, including:

• An exploration of the mysterious 1959 album THE UNEXPECTED by Raymond Scott & The Secret Seven, the all-star jazz legends supergroup whose identities remained confidential for decades

• Moog synthesizer co-inventor, Herb Deutsch, who extends his recollections of Raymond Scott first telling him about the Electronium

Even if you’ve seen the documentary at public screenings, there’s a lot more to see and hear on the DVD (and you’ll be helping support the film). Order from Kunaki DVD: here — it is a Region-Free NTSC Video.
Posted by Jeff Winner at 8:57 AM No comments:


An eighth tune associated with (but not composed by) Scott, "Brass Buttons and Epaulets" (from the 1938 film Just Around the Corner), is also included, played in the RSQ arrangement. Other CD tracks include modern takes on vintage tunes by Ellington, Tchaikovsky, and Slim Gaillard, along with one original penned by group leader Miguel Malla.
Posted by Jeff Winner at 11:02 AM 1 comment:

This Sunday, director Stan Warnow will introduce the new Raymond Scott documentary, DECONSTRUCTING DAD, and conduct a Q&A. Following the screening, there will be live performances by GRAHAM MASSEY*, DENIS JONES, HENRIETA SMITH ROLLA, and others, and visual artists will provide moving image tributes.

*Aside from his electronic group 808 STATE, Graham Massey’s composing, remixing, and production list is a “who’s who” of contemporary music, including DAVID BOWIE, QUINCY JONES, BJÖRK, and GOLDFRAPP.

The Cartoon Jazz project was launched in 2003 at the Stanford Jazz Festival with the revival of charts from the great American composer, Raymond Scott. Jeff Sanford tracked down many charts of the famous composer, written for 13-piece bands in public archives and private collector libraries. Members of his band have since been contributing new arrangements of Scott's music as well as other jazz pieces which have been used in cartoons.