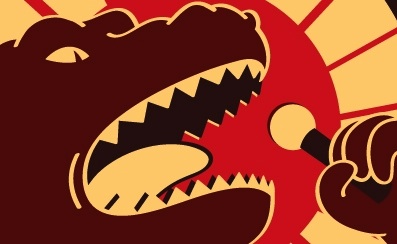 Q: What is the Soundasaurus Festival?
A: "SOUNDASAURUS is an organized cacophony of experimental music, sound, performance and visual art. This is a multisensory festival rocking the Epcor Centre in conjunction with High Performance Rodeo, Calgary’s International Festival of the Arts, the largest festival of its kind in Western Canada."

On Friday, January 7 at 7:30 pm, the new Raymond Scott documentary film, DECONSTRUCTING DAD, will be screened as a "community-building Soundasaurus preview event — part of a larger, month-long arts festival." Director Stan Warnow will attend and conduct a Q&A, followed by an up-close look at an early Raymond Scott keyboard synthesizer invention, The Clavivox, provided by Cantos Music Foundation. Details: here. And listen live to "The 2+2 Ain't 5 Show" on CJSW 90.9 FM at 2 pm, January 2, for an interview with Stan: CJSW.com

We offered free sheet music for a vintage accordion arrangement of Scott's "Powerhouse" by Charles Nunzio in January 2009, and in October we noted the death of the famed accordionist at the age of 97. Following the latter post, accordionist Zevy Zions of oliveblossoms.com contacted us about an unreleased recording of Mr. Nunzio (who taught Zions) performing "Powerhouse" in concert in 1941. With the permission of Mr. Zions, we've posted an mp3 for free download. It's quite an astonishing virtuoso rendition. Wilder than a polka! We asked about the derivation of the recording. Tape was not widely known or available in 1941, yet the recording does not reflect the surface noise and crackle characteristic of 78s. Zions explained:


It was captured on some sort of disc recorder. Yes, the quality is relatively good. The performance is off-the-cuff; he's not following the written music. He didn’t remember it when I played it for him a few years ago.

Mr. Nunzio was conferred a Lifetime Achievement Award by the American Accordionists Association in November 2004.
Posted by Irwin Chusid at 10:22 AM 2 comments: 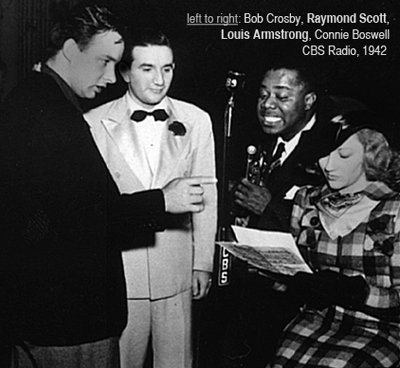 Christmas figured prominently in the early career of Raymond Scott (the son of immigrant Jews). He wrote his first hit, "Christmas Night In Harlem," in 1934 at age 25. During Xmas 1936, he debuted his soon-to-be world-famous band live on the Saturday Night Swing Club radio show. Two Christmases later, Paul Whiteman featured the Quintette, accompanied by PW's huge orchestra, performing Scott compositions at Carnegie Hall as part of the long-running Experiments In Modern American Music series where Whiteman had debuted Gershwin's Rhapsody In Blue in 1924.

The most celebrated of all "Harlem" covers, however, is by Louis Armstrong, framed above alongside Scott during a 1938 CBS radio broadcast. Satchmo's recording is perennially reissued on holiday collections, including WHAT A WONDERFUL CHRISTMAS.

Download The Metropole Orchestra's version of "Christmas Night In Harlem" from the CHESTERFIELD ARRANGEMENTS album here, as our holiday gift to you. And explore more of the many incarnations of Raymond Scott's earliest hit at Amazon.com or the iTunes Store. 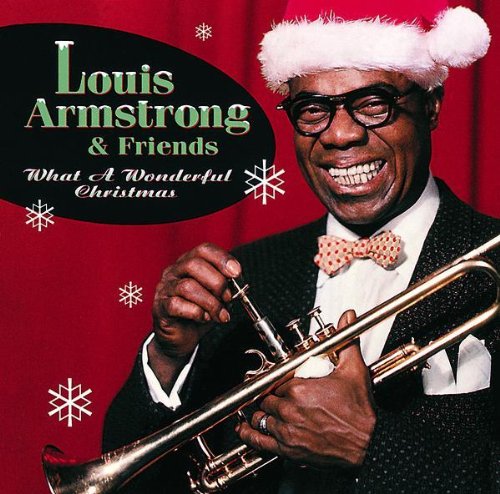 The new Raymond Scott documentary film, DECONSTRUCTING DAD, is temporarily available on DVD for a special price. In the spirit of the Holidays, director Stan Warnow is lowering the price to only $19.95, from now through January 2nd, 2011, to encourage gift-giving for the music geeks on your shopping list. Also, PayPal® orders are now available. Details: here

Posted by Jeff Winner at 4:29 PM No comments: 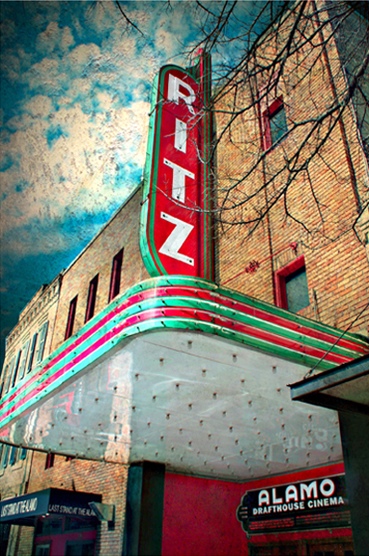 "America's coolest movie theater" is the Alamo Drafthouse Cinema, according to AOL.com. Find out why on December 13th during a screening of the new Raymond Scott documentary film, DECONSTRUCTING DAD, with director Stanley Warnow in person, as part of the "Music Monday Signature Series." This weekend there will be two screenings of the new Raymond Scott documentary film, DECONSTRUCTING DAD, at Montreal's historic Rialto Theatre, preceded by a mini-concert of Scott tunes performed by the Nouveau Raymond Scott Quintette. Director Stan Warnow will conduct a Q&A following the screening, and DJ Otis Fodder of The Bran Flakes will spin a Raymond Scott-themed set that will extend far past your bedtime. 2 nights only: 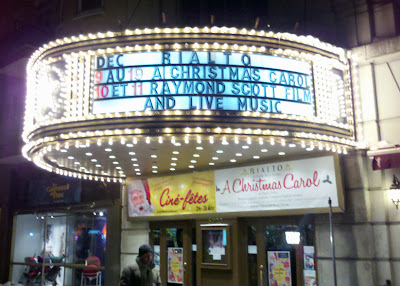