The Return of Taki76

A few weeks ago, I reported that Ropeadope recording artist Taki76 had made a toy of himself to 'jam' with his Raymond Scott figure. With these dolls and others, Taki has now created an RS tribute video featuring his homemade stop-motion animation. The soundtrack is Taki's new cover of Scott's "Powerhouse," with rhymin' courtesy of Jenny Jen The Skate Woman. (Don't blink or you'll miss cameos by Andre 3000, Mr. T, Doom's mask, Pac-Man, and others.)

Download a free MP3 of Taki76's "Powerhouse" cover and other goodies here.

UPDATE from Taki: "I made a black & white version just for fun. I used an original Scott recording of 'Powerhouse': here."
Posted by Jeff Winner at 12:48 AM 3 comments:

Back For Blood!
MONKS OF DOOM

Like mutant zombies returning from the grave, hellbent on creating mass hysteria, '80s progressive/metal weirdos THE MONKS OF DOOM reunited in March for two amazing concerts at Club Europa in Brooklyn. Check-out this scary live medley of Raymond Scott's 1937 classic "Powerhouse" and the Monks' own "Hieroglyphic."
Brave Doomophiles who dare to witness more carnage from the reunion shows may do so here, and see also: my previous M.O.D. blog entry.
Posted by Jeff Winner at 11:09 PM 1 comment:

PART FOUR: The Case of the Multiple Raymond Scotts

Raymond Scott had a wild imagination, yet the man born Harry Warnow chose a banal pseudonym. A Google search pinpoints plenty of Raymond Scotts who are not our Raymond Scott. Part four of a diversionary series (part 1, part 2, and part 3):
Raymond Scott: REBELLIOUS COUNTRY STAR 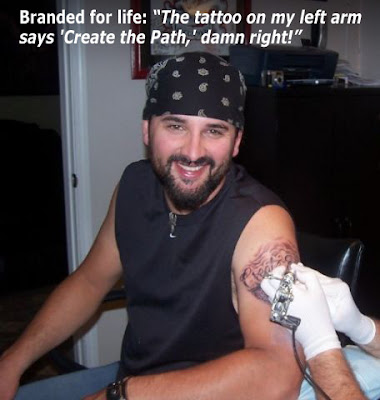 I learned of this Raymond Scott thru an email query to RaymondScott.com:

Is the country singer, Ray Scott, that is

don't have the same voice. I love the young

Ray Scott's bassy voice! And I love his music!!

I explained to Georgia that there is no known blood relation. Yet the manifesto on young Scott's site reveals some striking similarities in musical philosophies: "I'm taking the bull by the horns and doing it my way, callin' the shots, and putting out an album on my own. This stuff is real, it's raw, and it's 100 percent Ray. I'm calling the project 'CRAZY LIKE ME,' I think you'll agree that's a pretty fitting title. The tattoo on my left arm says 'Create the Path,' damn right! The time has never been better in the music biz to do something different - independent of these narrow-minded, chicken-shit, so called behemoth record companies."

Our Raymond Scott didn't have tattoos and was not known to use colorful language like "damn right" or "chicken-shit," but he was often accused of being crazy. The two also share a penchant for descriptive titles. Examples from country Scott's albums include "Do It With The Lights On," "Ashtray On A Motorcycle," "Rats Don't Race," and "Sometimes The Bottle Hits You Back." Damn right, indeed. Check this video for "Hell Got Raised." 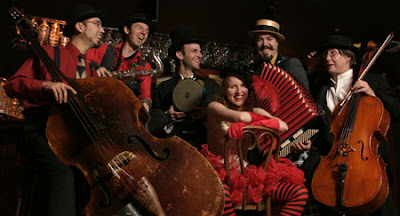 We have scheduled a full-blown Raymond Scott tribute concert for the evening of Monday, May 18 at 8:00 in Caltech's Dabney Hall. This will feature "The Caltech Jazz Quintette" with vocal guest star Kjerstin Williams. We will perform about a dozen Scott Quintette tunes – from both versions of his Quintette. This will include several charts written to feature Dorothy Collins with the Q. I'll be playing piano (the easiest part!). My tenor man is already complaining.
Posted by Irwin Chusid at 3:19 AM No comments:

"I love the Raymond Scott toy figure so much, it inspired me to make one of myself!" 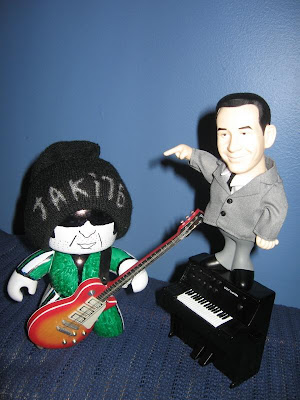 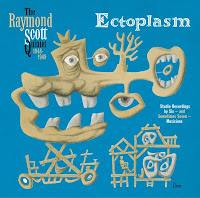 It's not a piece of biomorphic furniture, but the Raymond Scott Quintet CD Ectoplasm gets "Heard in the Aisles" at NYC's Center44 Antiques & Modern Marketplace.

Thanks to buddy Monica Lynch for the nod.
Posted by Irwin Chusid at 2:52 PM No comments: