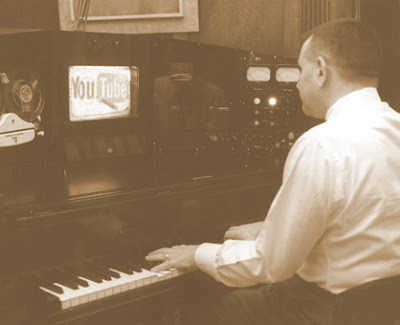 Live concert footage, classic and contemporary cartoons, vintage movie clips, clever commercial interruptions, and low-brow home-brewed videos are just some of the cheap free thrills to be found among the 150 favorites collected at our official YouTube channel:
http://youtube.com/RaymondScottArchives
Posted by Jeff Winner at 11:32 AM 1 comment: Links to this post 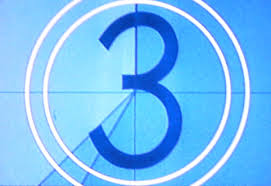 Raymond Scott's son, Stan Warnow, with updates on his documentary about his father:

My film is now basically finished, and I will be in Amsterdam this week as it's been accepted into the International Documentary Film Festival (the 'Docs For Sale' component). It has shown in a few other festivals already, including Biografilm in Bologna last June, and the HHM Film & Music fest in Bay City, MI in September.
It gained world-wide publicity through the BBC — they've interviewed me three times in the past year — the most recent being a Front Row piece a couple of weeks ago, and a segment from BBC World Service last August.
Excerpts will be shown at the Northern Lights Film Festival in England as part of a linked event with Stu Brown's group, performing at the Sage Gateshead Jazz Festival, which runs concurrently. And the official UK premiere will be at the Sensoria Festival the following month in Sheffield.
Also, it is scheduled for a screening next April as part of the Jazz Film Series at the Library of Congress in Washington, DC.
Another relevant development — I recently sent Leonard Maltin, one of the country’s most recognized and respected movie critics and historians, a preview DVD in hopes he would screen the documentary. Very gratified to report that he has, and here’s his reaction:

''A fascinating look at a musical genius and the way he lived his life. Stan Warnow allows us to share his journey of discovery as he pieces together the story of his father. I throughly enjoyed it.''

It’s a real thrill for me to get such positive feedback from one of the best-known film critics in America!
—Stan Warnow
www.scottdoc.com

Bump In The Night

Adult Swim, the adult-oriented cable TV network that shares channel space with Cartoon Network at night, features shows and commercial breaks that are interrupted by creative bumpers that use short jokes or Internet fan feedback, usually broadcast in simple white letters over a black screen.

If you took a bathroom break and missed them, here's a trio of bumps featuring a mutated mix of Raymond Scott's "In The Hall Of The Mountain Queen" obsessively archived at BumpWorthy.com.
Posted by Jeff Winner at 11:06 AM No comments: Links to this post

These two clever commercials for the UK-based Egg Bank have been perched on the web (and forgotten about, by us) for several years. Both spots feature super furry animals—in fact, some of the top names in the guinea pig acting community.

The musical scores are by Raymond Scott—specifically, two licensed tracks from Manhattan Research, Inc.: "Domino" and "Baltimore Gas & Electric," both composed and recorded in the early 1960s. Ironic that two works intended by Scott for commercials wound up almost 50 years later being used in ... commercials.
Posted by Irwin Chusid at 11:30 PM No comments: Links to this post 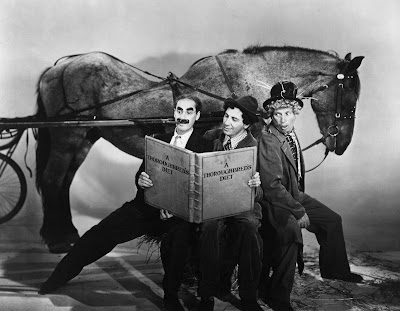 It hadn't even been composed when the Marx Brothers movie A Day at the Races was released in 1937, but thanks to digital editing (and a mischievous disregard for cinematic integrity), the Raymond Scott Quintette composition "Steeplechase" now underscores the final sequence of the film, thanks to the Spanish jazz sextet Racalmuto. Miguel Malla of the band also writes:

"We just finished another successful week at El Café Central and on November 19 we'll play at the opening of Experimental Movie Week in Madrid. We'll have a chance to play with projections on a big cinema screen in an old cinema house from the 1930s, maybe the largest screen in Madrid."

Posted by Irwin Chusid at 10:48 PM No comments: Links to this post