The first CD to kick off the Raymond Scott centennial is the spooky-titled Ectoplasm. This album spotlights Scott's second six-man "quintet," whose brief existence spanned less than a year (late 1948-mid-1949). Unlike the 1937-'39 RSQ, this sextet didn't create music destined for cartoons. But if you like cartoonish art, the package (released on Basta) boasts an adapted 1951 illustration by legendary LP cover artist Jim Flora.

The arrangements sound like classic Scott, without a nostalgic aping of the first RSQ. Call it "parlor jazz," or "chamber swing"—it's breezy and cerebral, laced with Scott's trademark wit and sophistication. Like the charter RSQ, the redux version is complex and hyperactive, with an undercurrent of wry mischief, befitting the band's namesake. There's swirling horns, muted trumpet, and daredevil tempos. As ever, Scott maintained his penchant for musical vignettes: besides the invocational title track, the album includes "Snake Woman," "Bird Life in the Bronx," "Curley Cue," and "Dedicatory Piece to the Crew and Passengers of the First Experimental Rocket Express to the Moon." Got a short attention span? Lucky you: the album has 34 tracks, many of which zoom by in less than two minutes. Also featured on several tracks: crooning, theremin-like wordless vocals by Dorothy Collins.

Audio samples can be heard at RaymondScott.com.

Update 26 FEB: Now available in the iTunes Music Store.
Posted by Irwin Chusid at 10:11 AM 1 comment:

snapshot from the archives 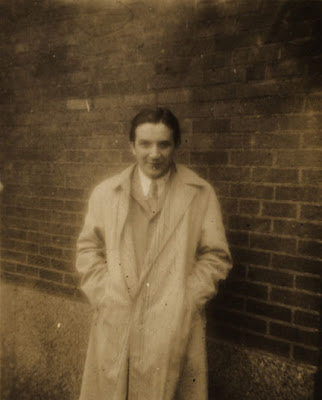 Posted by Irwin Chusid at 8:31 PM No comments: 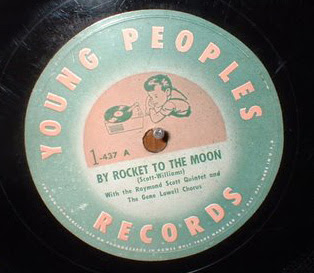 ''I grew up with Young People's Records. 'The Funniest Song In The World' featuring Groucho Marx and 'By Rocket To The Moon' with Raymond Scott helped mold the mind of the boy who became Dr. Demento.'' 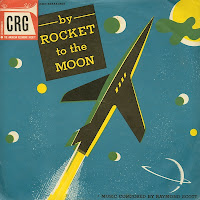 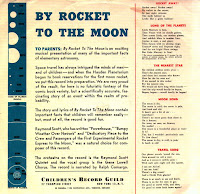 Click above for info about pronouncing URANUS!
Posted by Jeff Winner at 10:35 PM No comments: 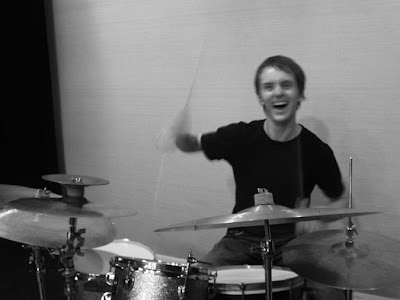 Drummer Stuart Brown of Glasgow has been woodshedding a Raymond Scott-styled combo. He now informs us they'll give their first performance of Scott material on 8th February 2008 at The Queen's Hall, Edinburgh, Scotland.

"We'll do a short 20-minute set during the interval of a
concert by the Scottish National Jazz Orchestra, in which they'll perform material from various cartoons and animated movies," said Brown. "We'll be a six-piece, with the same instrumentation as the original Quintette. We did our first ever rehearsal yesterday and got together six charts: Powerhouse, The Penguin, Boy Scout in Switzerland, In an 18th Century Drawing Room, Dinner Music for a Pack of Hungry Cannibals, and Twilight in Turkey. Amazingly the guys all nailed it in the first rehearsal!

"We will also play a set at the Glasgow International Jazz Festival in June 2008 (possibly in a recently re-opened vintage musical hall where Laurel & Hardy did their early live shows!). A friend who is a professional award winning animator is going to put together some visuals to be shown during the performances."

Update 1: Stuart has posted rehearsal takes on a myspace page.

Update 2: Original Jan. 25 post has been re-dated Feb. 7 to publicize the concert, which takes place tomorrow.

Update 3: Video clips from the concert.

Posted by Irwin Chusid at 10:31 PM No comments:

"The Frank Zappa of his day" 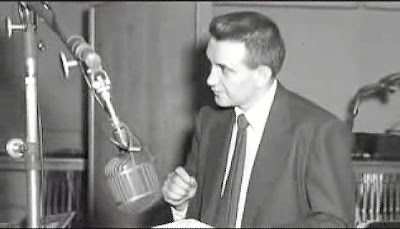 Raymond Scott's son, Stan Warnow, is a veteran film editor whose lengthy resume includes the Woodstock film, and stints behind the lens for Saturday Night Live and The Wonder Years. For the past half-decade he's been conducting interviews and stockpiling footage to produce a documentary about his dad. The working title is On to Something, and you can view the trailer at Stan's blog or on YouTube.

The film intersperses archival footage and historic photographs with interviews of Scott's family and professional colleagues, as well as such fans as Mark Mothersbaugh, Don Byron, Hal Willner, and DJ Spooky.
Posted by Irwin Chusid at 1:35 AM No comments: