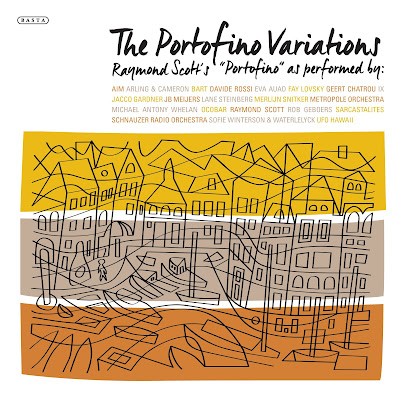 Raymond Scott's 1962 tune "Portofino" has become a belated "hit." It's been licensed for the TV show Narcos, the film Best of Enemies, used in a Gucci commercial, and garnered more single-track downloads than any track on Manhattan Research Inc., the Y2K anthology of vintage Scott electronica on which it was first released. Basta has commissioned 20 contemporary versions of the composition and collected them on a new album, The Portofino Variations. The album, officially released today, features "Portofino" recorded by Fay Lovsky, Arling & Cameron, the Metropole Orchestra, Ocobar, Davide Rossi (Goldfrapp, Coldplay, The Verve), Jacco Gardner, Eva Auad, and others. The tune is interpreted in a wide array of styles: surf guitar, whistling, electronica, chamber ensemble, minimalism, pop, rock guitar, and scat vocals. The compilation even contains two song versions with original lyrics. The album is available on CD and digitally on Basta, and on LP by Music on Vinyl (a limited edition of 1,000 numbered LPs on gold vinyl, featuring two previously unreleased 1962 takes by Scott). The cover art features an adaption of a painting by Jim Flora entitled Portofino—which by coincidence was rendered in 1962.

Listen here on Spotify.
Posted by Irwin Chusid at 8:15 AM No comments: 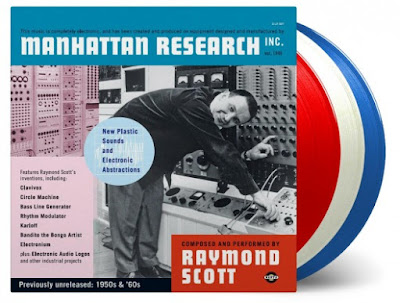 Basta's historic compilation of early Scott electronica, MANHATTAN RESEARCH INC., has been reissued in a tricolor 3-LP set by Music on Vinyl, under license from Basta. The newly designed package is officially available today. MRI, first issued in 2000, contains 69 tracks recorded 1953–69 — over two hours’ worth of Scott’s groundbreaking electronic work. Forays into abstract musique concrete are heard alongside film soundtrack collaborations with a young Jim Henson, and pan-galactic sonics seemingly beamed down from hovering UFOs. In addition, MRI presents some of the first TV and radio commercials to feature electronic music. ORDER: HERE

SOOTHING SOUNDS FOR BABY, Scott's 1963 proto-ambient music for infants and stressed-out adults, has been reissued in a 3-LP set by Music on Vinyl (also via Basta). Explore the overlooked roots of rhythmic minimalism, predating works by Eno, Fripp, Steve Reich, and Philip Glass. Limited edition of 1,000 copies on silver vinyl, with liner notes and download coupon for all tracks. Purchase link in Euros, but if you're outside EU, Paypal will make the conversion. ORDER: HERE 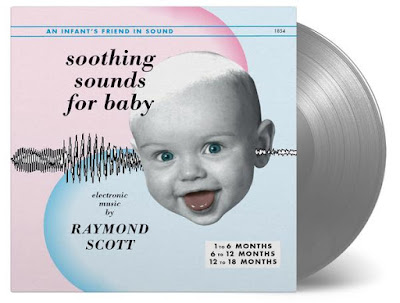 Posted by Jeff Winner at 3:49 PM No comments: 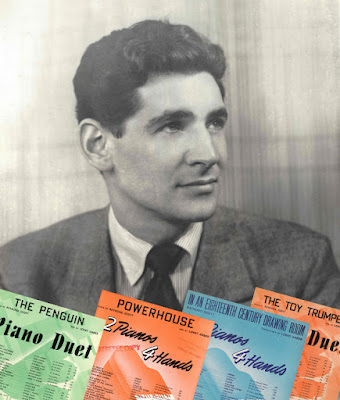 "Bernstein," a German name, means "amber" in English. In the early 1940s, a young composer-conductor in New York working under the pseudonym "Lenny Amber" produced piano transcriptions and arrangements of popular tunes. Among the titles arranged by young "Lenny" Bernstein are four compositions by Raymond Scott: "Powerhouse," "The Penguin," "Toy Trumpet," and "In an 18th Century Drawing Room." The sheet music is available for FREE download at RaymondScott.net. You can access the complete folder of Scott works arranged for piano and organ here.

Posted by Irwin Chusid at 9:59 AM No comments: 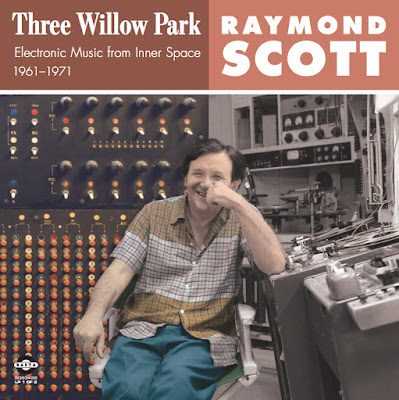 THREE WILLOW PARK: ELECTRONIC MUSIC FROM INNER SPACE, 1961–71, a new collection of previously unreleased Raymond Scott electronica, will be issued June 30th by Basta Music. The album features 61 tracks, many showcasing the Motown-era Electronium — Scott's invention that composed using programmed intelligence — which will be heard for the first time on disc. This long-awaited followup to Manhattan Research Inc. (recorded 1953-69) will be available in 3-LP, 2-CD, and digital formats, and includes a 20-page book, plus a free 350-page downloadable PDF of archival artifacts. Produced By: Gert-Jan Blom and Irwin Chusid • Associate Producer: Jeff Winner • Art Direction: Piet Schreuders • Order from Amazon here: http://amzn.to/2q2NZ11
Posted by Irwin Chusid at 7:20 AM No comments: